The charity auction of pistols from the "Tribute to Legends" edition raised CZK 1.7 mil. for the Military Solidarity Fund, the Police and Firefighters Foundation, and to support the Ukrainian Army

The first item of the 88th auction day of the Kodl Gallery, which took place on Sunday, November 27 at Žofín in Prague, was a set of two hand-engraved pistols – a CZ 75 and a Colt 1911 – from the Tribute to Legends limited edition, which commemorates last year's merger of two important companies – Česká zbrojovka and American Colt. Colt CZ Group will donate the proceeds from the auction, which after several rounds of bidding reached a respectable CZK 1.7 mil., to the Military Solidarity Fund, the Police and Firefighters Foundation and to the collection account of the Embassy of Ukraine in the Czech Republic in support of the Ukrainian army.

"I am very happy that the auction of this special edition raised a total of 1.7 million Czech crowns for a good cause. We are honored to support our soldiers, policemen, and firefighters, as well as their family members. We greatly appreciate their work and dedication. We have also decided to contribute to material aid for the Ukrainian armed forces, who are heroically resisting the Russian aggression and defending our Euro-Atlantic values," said Jan Drahota, CEO and Chairman of the Board of Directors of Colt CZ Group.

Those interested in the first set of pistols with unique serial numbers COLT2021001 and CZ2021001 joined the auction ahead of time during the online phase on the Artslimit portal. Both pistols are decorated with engravings inspired by the 19th century practice of ornamentation in North America, especially of Colt revolvers, which are famous in this respect and sought after by collectors.

Hand-engraved handguns of Česká zbrojovka and Colt are sought-after investment opportunities and an immensely interesting collector’s item. The 2019 auction of the limited edition of CZ 75 Republika at Kodl Gallery raised CZK 650,000 for charity, while the purchase price of this pistol was CZK 200,000. A recent auction of the same model in the Goltzova tvrz Gallery fetched CZK 980,000. In March, another of the limited editions – CZ 75 Tobruk – raised CZK 5 million at a gala evening hosted by Forbes magazine and the Freedom for Ukraine initiative to help Ukraine. 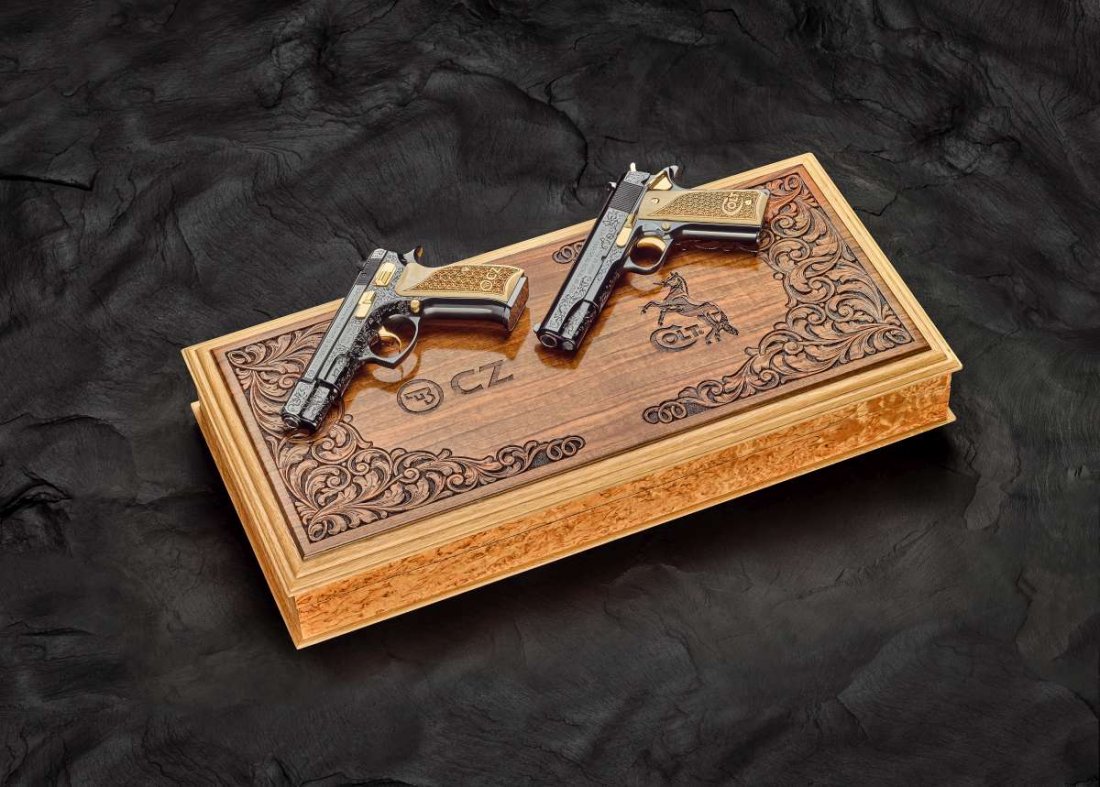