Alice Poluchová: We significantly contributed to the celebrations of the 100th anniversary of the foundation of Czechoslovakia in Chicago

At the end of September, Chicago became the centre of the centennial celebrations to commemorate 100 years since the founding of independent Czechoslovakia. The main event was the Gala evening, attended, among others, by the 1st Deputy Prime Minister and acting Minister of Foreign Affairs of the Czech Republic, Jan Hamáček, the U.S. Ambassador to the Czech Republic, Stephen King, the Czech Republic Ambassador to the United States, Hynek Kmoníček, and many other distinguished guests. The main platinum sponsor of the centennial celebrations and other related events organized by the Consulate General of the Czech Republic in Chicago, was Česká zbrojovka a.s. and its daughter company, CZ-USA.

The City of Chicago is a very special place with regard to the relations between the Czech Republic and the United States. It is a city where some momentous events took place, events that were crucial for the creation of Czechoslovakia and its post-war development. It is also a city that offered refuge to the Czechoslovak presidents, T. G. Masaryk and Edvard Beneš, who stayed there many times.

“The atmosphere of the Centennial celebrations in Chicago commemorating 100 years since the creation of independent Czechoslovakia was just wonderful, with 350 guests attending the Gala,” says Alice Poluchová, the President & CEO at CZ-USA and Dan Wesson Firearms. “Česká zbrojovka was highly commended all around and presented as one of the largest Czech exporters as well as the platinum sponsor of the event, together with CZ-USA as a successful American company.”

During the Gala, Alice Poluchová met with the Ambassadors of both countries. “With Stephen King, the United States Ambassador in Prague, we discussed matters following his visit to Česká zbrojovka in September.” I spoke to him about CZ-USA and Dan Wesson, about our trade policy, our production plans and aspirations to supply our firearms to the United States military and law enforcement. The Czech Republic Ambassador to the United States, Hynek Kmoníček, praised the good relations between the Embassy and Česká zbrojovka, as well as our cooperation in various events. In addition, I was very pleased when some guests, both Americans and Czechs, came to tell me that they were the proud owners of our firearms.”

Chicago has always been the centre of a Czechoslovakian as well as a Czech expat community. Today, it is one of the largest and most active in the USA. It therefore didn’t come as a surprise that among the guests of the Czech Centennial Gala, there were many notable compatriots and Czech Americans. These included the great-granddaughter of the first Czechoslovak president, Charlotta Kotíková; representatives of Jan Masaryk’s wife, Frances Crane’s family; Anton Cermak Kerner, the grandson of the former Mayor of Chicago, Anton Čermák and the son of Otto Kerner, the Governor of Illinois; James Lovell, an American astronaut with Czech roots; Alfons Mucha’s great-grandson, Marcus Mucha; representatives of the University of Chicago and the Benedictine University (founded by Czech immigrants); and many others. 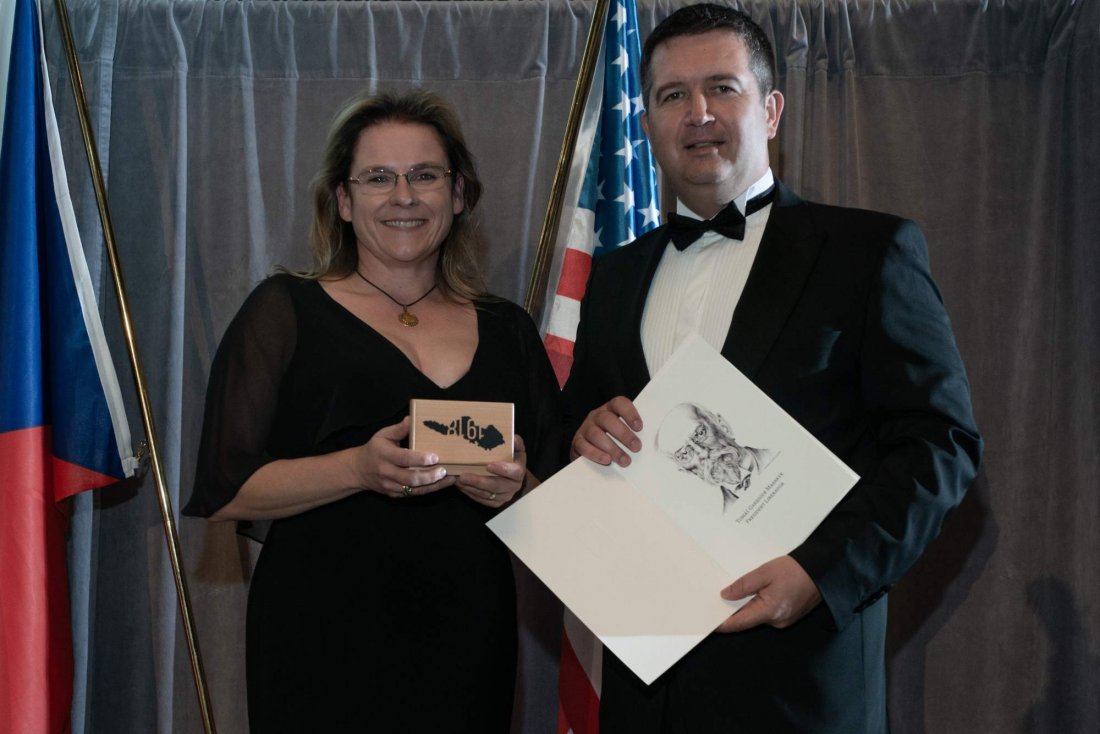 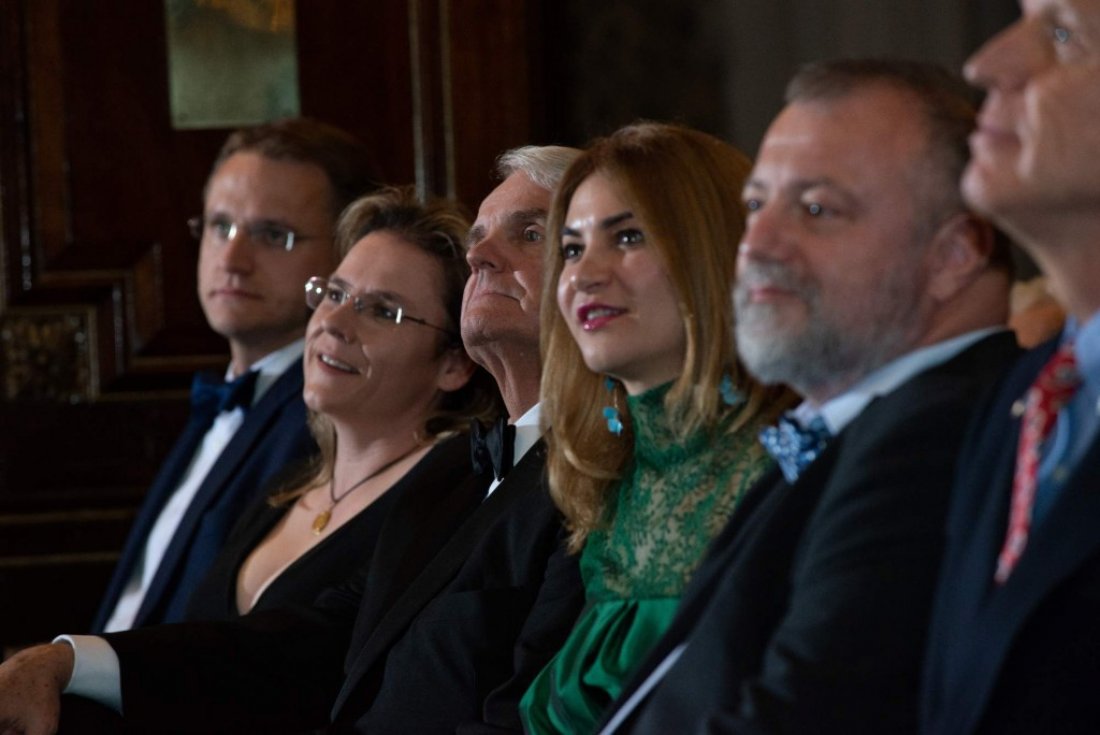 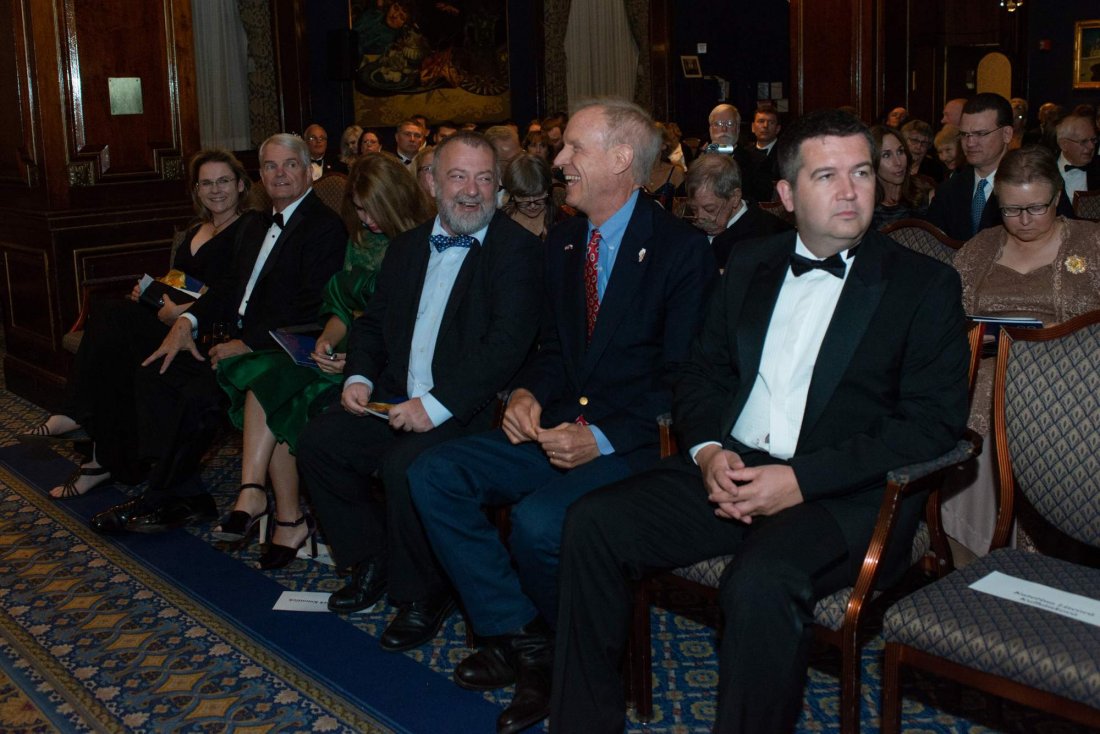