From the perspective of practical IPSC shooting competitions, last weekend was very successful for shooters of the factory team of Česká zbrojovka a.s. Members of the CZ Shooting Team shined at the Mosquito Match in Slovakia, where they won 8 medals. Gold shooters included Robin Šebo in the OPEN division, Martina Šerá in the OPEN Lady division, Michal Štěpán in the PRODUCTION division and Josef Rakušan in the STANDARD division.

The première of Eric Grauffel, who started this year’s season in the colours of Česká zbrojovka, was excellent as well. At the Champagne Trophy in France, he easily won the gold medal in the PRODUCTION division with the CZ SHADOW 2 pistol.

The Mosquito Match took place in Komárno, Slovakia on the weekend of 11 and 12 May 2019. It was attended by 370 shooters from the Czech Republic, Hungary, Poland, Austria, Russia, Slovakia and Slovenia. There were 20 difficult shooting stages prepared for the competitors. The competition was accompanied by cold, fickle weather changing between sun and rain, which made individual stages more challenging with mud.

The competition was also attended by shooters of the CZ Shooting Team, who scooped a total of eight medals and managed to win in all three main divisions of the event (Open, Production and Standard). Overall, they won four gold, three silver and one bronze medal.

The PRODUCTION division was won by Michal Štěpán with a marginal lead of less than half a percent over Ljubisa Momiclovic, a Serbian also wearing the colours of Česká zbrojovka. Both shooters were using a pistol made by Česká zbrojovka, sports model CZ SHADOW 2.

The first three places of the STANDARD division were taken by shooters of the CZ Shooting Team in the following order: Josef Rakušan, Petr Znamenáček, Zdeněk Liehne. They were shooting with the CZ 75 TACTICAL SPORTS ORANGE pistol.

Between 8 and 12 May 2019, the Champagne Trophy 2019 competition according to IPSC rules took place at the shooting range in Vertus, France. The competition was attended by a total of 430 shooters from Belgium, the Czech Republic, Denmark, France, Germany, the Netherlands, New Zealand, Russia, Sweden, Switzerland or the UK. There were 14 difficult shooting stages prepared for the shooters.

The CZ Shooting Team was represented only by one competitor, Eric Grauffel, shooting with the CZ SHADOW 2 pistol in the PRODUCTION division. With his speed and accuracy, Eric showed that he had no competition among the 158 contenders in his division. He successfully defended his first place and gold medal with excellent performance.

We thank the organizers of both competitions for their smooth course and congratulate all shooters for their results. We wish them good luck in future competitions. 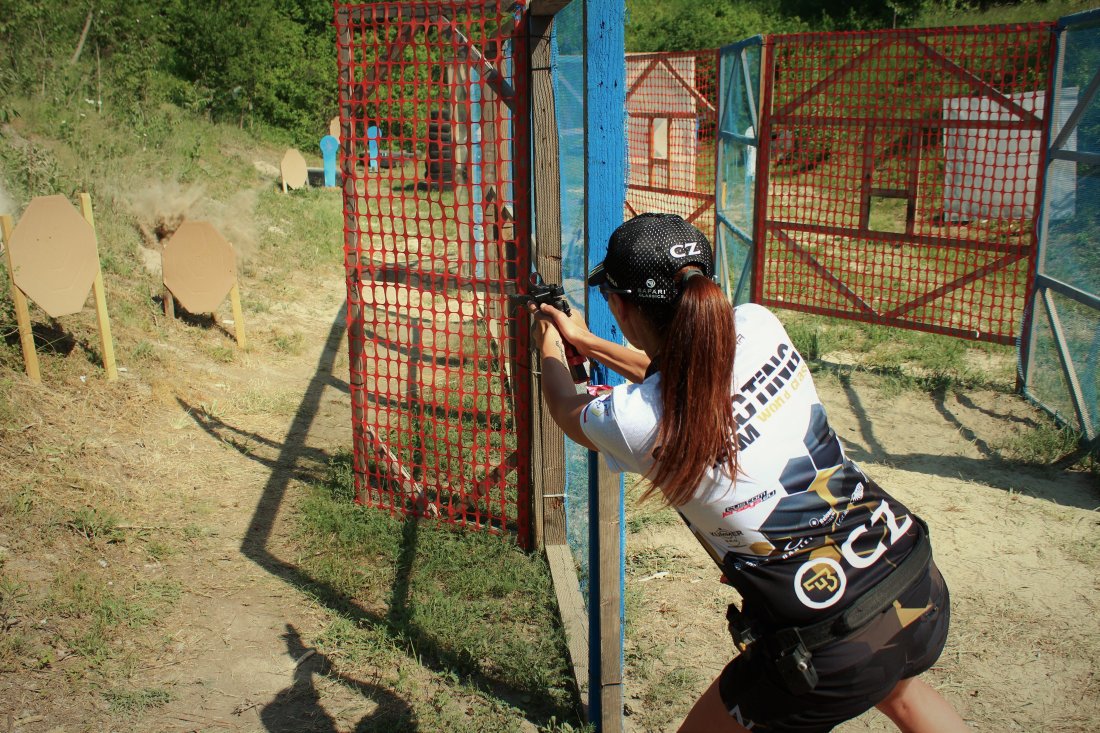