Auction of CZ 75 Republika: 650 000 Czech crowns for the support of military, police and fire brigade personnel

On Sunday, 26th May, Gallery Kodl held an auction in the Žofín Palace that included an exclusive model of the CZ Republika pistol. The results of this auction exceeded all our expectations – the proceeds, impressively surpassing half a million Czech crowns, will be divided between the Military Solidarity Fund and the Police and Fire Service Foundation.

The bidding of the CZ Republika pistol, made by Česká zbrojovka in commemoration of 100 years since the founding of independent Czechoslovakia, started at CZK 450 000. This model was the first of the limited edition of one hundred, which made it even more valuable.

The Gallery Kodl auction day commenced at noon with a charity auction of ten works of art. The total proceeds from this auction in the amount of CZK 950 000 will be donated to the Paraple Centre that provides assistance and support to paraplegics.

The auction of the pistol that would benefit the military, police and fire service was also personally watched over by the Chairwoman of the Military Solidarity Fund Committee, Brigadier General, Lenka Šmerdová. Ultimately, the Military Solidarity Fund and the Police and Fire Service Foundation each received CZK 325 000, as the highest final bid was an exceptionally high CZK 650 000. Click the following link to watch the auction:

At the end of the auction, Brigadier General, Lenka Šmerdová, personally thanked the President of the CZ Group SE holding, Ing. Lubomír Kovařík, MBA, which donated the pistol to the auction, and the owner of Gallery Kodl, PhDr. Martin Kodl, the organizer of the charity auction, for the generous gesture of solidarity to those who serve us. A big thank you also goes to the new owner of this exclusive pistol who with their final bid so generously supported an organization that assists the military, police and fire brigade personnel who have found themselves in a difficult situation.

We sincerely appreciate the effort and time of all those involved as well as the resulting donation. Thanks to you, we are able to help. 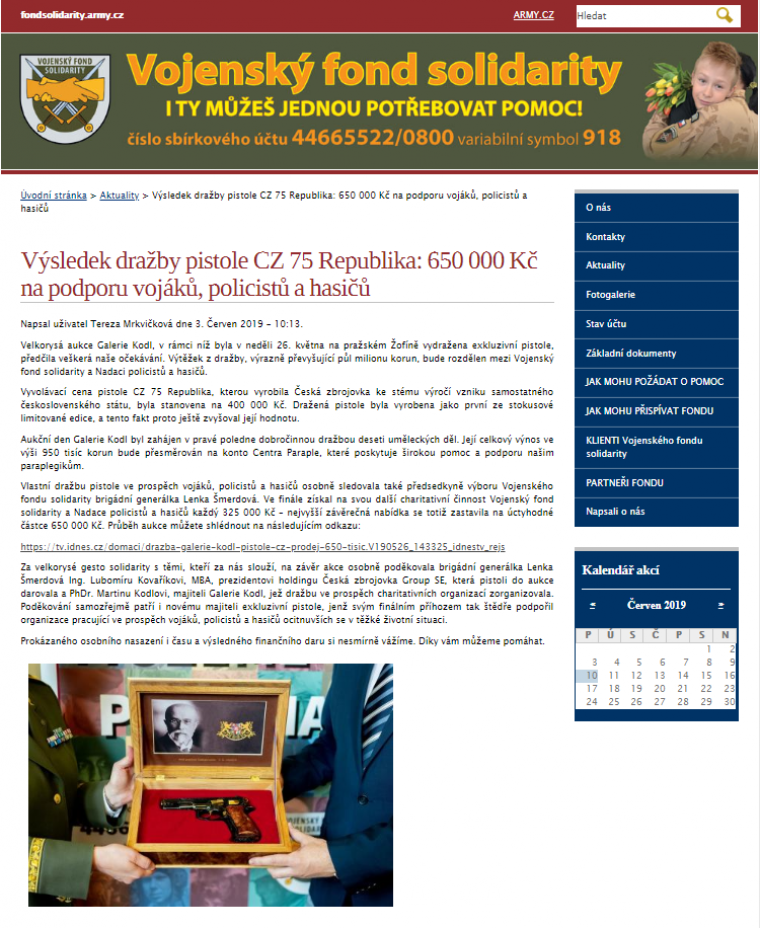 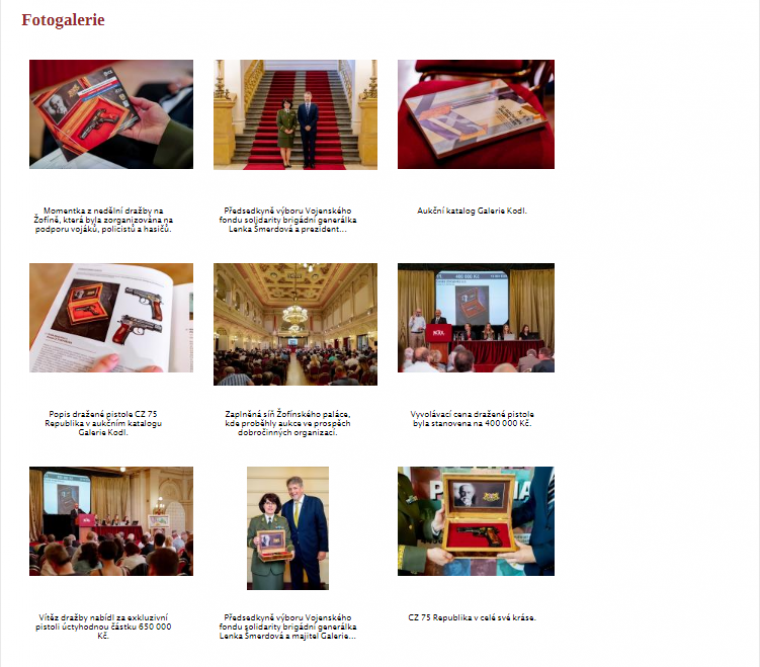