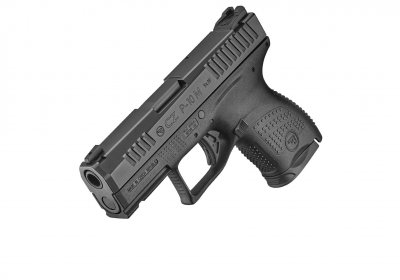 When the first model of the CZ P-10 series was launched in 2017, CZ talked about a new level of defence and service striker-fired pistols with a polymer frame. And it was not just a marketing slogan. Civilian shooters as well as customers from the ranks of armed forces soon found out that the P tens, thanks to their sophisticated and partly completely original design, really brought about significant improvements in some key properties and parameters. It resulted in great commercial success, followed by rapid extending of the offer with other versions. The most recent model in this excellent series is the super-compact CZ P-10 M, or the Micro.

CZ and IPSC are pleased to announce the Global partnership in the field of ‘IPSC Handgun’. The common goal is support IPSC athletes, sport itself, and improve the safe gun-handling culture worldwide. 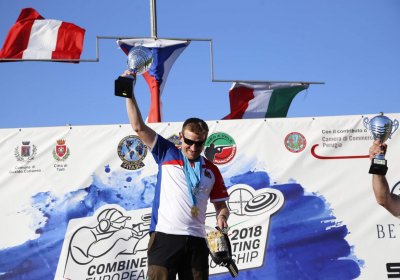 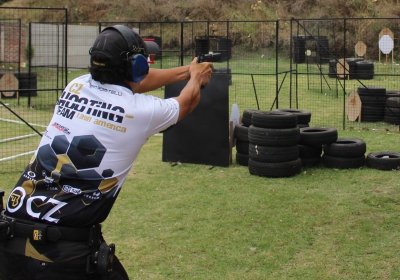 CZ Pistols Scored in the IPSC Championship in Latin America 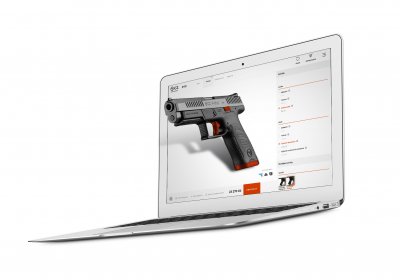 A Gun Configurator was Launched in the Czech Republic

Česká zbrojovka a.s. officially launched a configurator website where you can build a gun to your liking. This unrivalled novelty in firearms sales has been running since Tuesday midnight, 15 October 2019. It is currently only available for the Czech market, but a worldwide expansion is planned for the future. 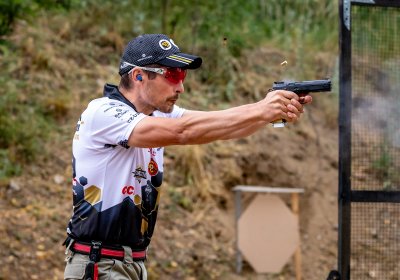 The IPSC European Championship was extremely successful for the shooting team of Česká zbrojovka a.s. In a huge competition of several hundred shooters from around the world, it managed to win four European Champion titles. 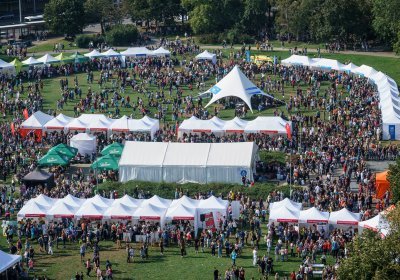 Česká zbrojovka is a Proud Partner of Festival vědy

Česká zbrojovka a. s. supported Festival vědy (Science Festival), which is a traditional event organized by universities UCT Prague and CTU in Prague, the Czech Academy of Sciences and the Prague Youth Centre. This year of the festival, called Věda v profesích (Science in Professions), was held on 4 September 2019 in Prague. 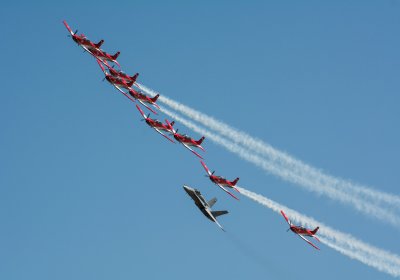 Česká zbrojovka a.s. is One of the Main Partners of NATO Days

Česká zbrojovka a.s. (founded in 1936) is a leading engineering company dealing with the manufacture and sales of small arms of world class quality. The company is a member of the Česká zbrojovka Group SE holding, also incorporating the companies: CZ-USA, CZ-AUTO, CZ Export Praha and 4M Systems. 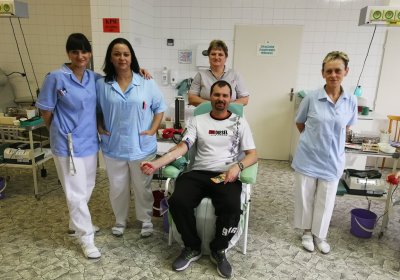 As the general partner of the project 450 ml NADĚJE (HOPE), Česká zbrojovka a.s. has supported the recruitment of new volunteer blood donors for haematology and transfusion departments in hospitals across the whole of the Czech Republic. This year, the event was held on the 17th January in the Uherské Hradiště Hospital, on the 17th April in the Vyškov Hospital, and on the 13th and 15th May in the Tomas Bata Hospital in Zlín. Almost 400 blood donors took part in the project. 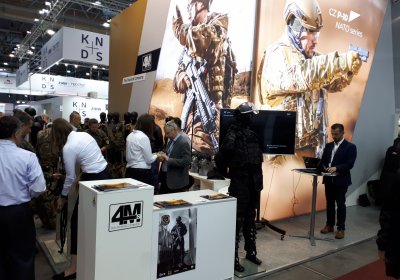 Come and visit us at the IDET 2019 trade fair

29th – 31st May 209 / Stand no. P-103 Between the 29th and 31st of May 2019, Česká zbrojovka a.s. will take part in the traditional International Trade Fair of Defence and Security Technologies, held every two years at the Brno Exhibition Centre. 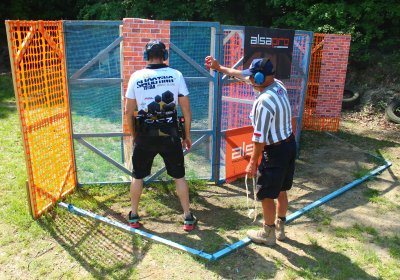 Last weekend viewed in the racing terms for practical shooting event under rules of IPSC shooting has proven as very successful for the shooters of Česká zbrojovka a.s. factory shooting team. Members of the CZ Shooting Team excelled at Mosquito Match in Slovakia, where they were awarded with 8 medals. 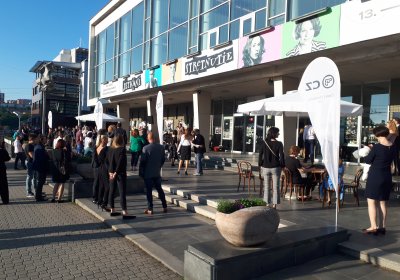 Between the 13th and 18th May 2019, the city of Zlín will be hosting the 24th Czech and Slovak theatre festival, Setkání Stretnutie. The Zlín City Theatre shall welcome theatre companies from both the Czech Republic as well as Slovakia, with Česká zbrojovka a.s. as the general sponsor of the event. 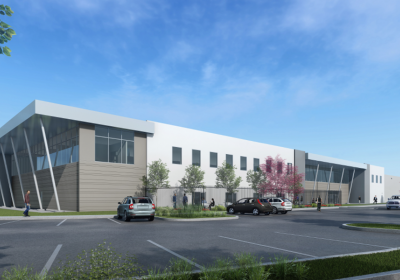 The Česká zbrojovka Group took another step towards reaching its strategic goal to expand in the United States. The CZ-USA subsidiary and the Arkansas state representatives have agreed on the terms for the building of a brand new manufacturing facility in Little Rock, the capital city of Arkansas. This also means that CZ-USA will be relocating its headquarters there from Kansas.

I still want to be the best in the world 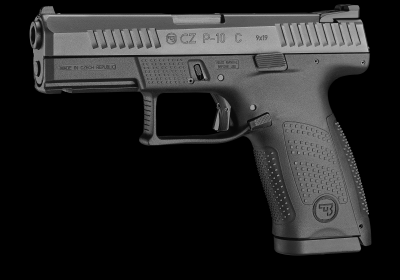 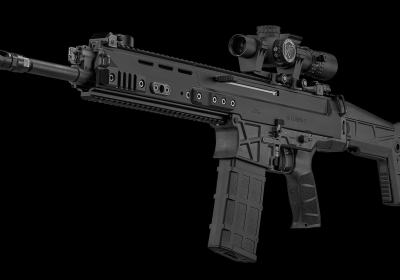 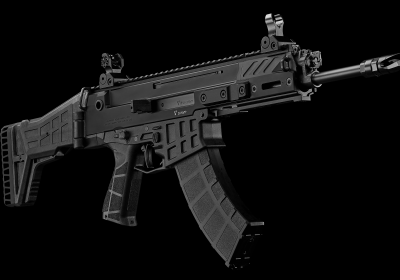 You have a unique opportunity to try a selection of the current range of Česká zbrojovka a.s. firearms 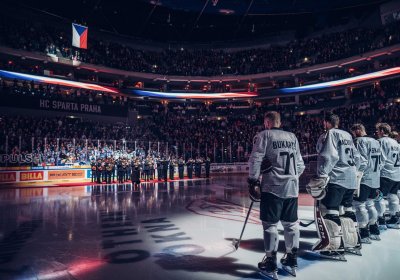 CZ supported a tribute to heroes

For ten years, the Hockey Club Sparta Praha has run a project to pay tribute to members of the Integrated Rescue System (IZS) and the Czech Armed Forces (AČR) who lost their lives whilst on duty. As it has become a tradition for Česká zbrojovka a.s., it has once again supported this event, this year being the 10th anniversary, called “Tribute to Heroes”. 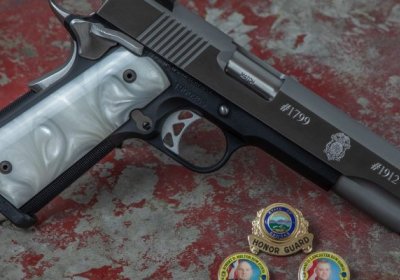 On December 7, 2018, our colleagues from the CZ-USA Sales Department for the Law Enforcement Program personally presented twelve Dan Wesson pistols to the Kansas City Chief of Police Terry Zeigler. 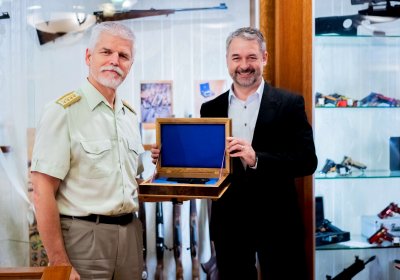 On Monday, 19th November, at the company’s store in Prague, the principal shareholder of Česká zbrojovka, René Holeček, and the President of the CZ Group, Lubomír Kovařík, welcomed Army General, Petr Pavel and his team, which spent three years with him on a posting at NATO headquarters in Brussels. 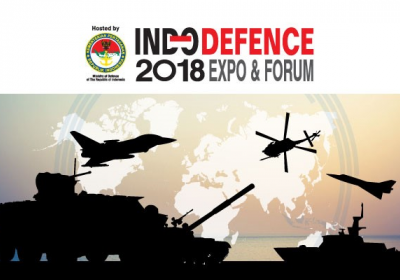 7th – 10th November 2018 / Stand no. A320 / Jakarta, Indonesia Between 7th and 10th November 2018, CZ will take part in the IndoDefence trade fair at the JIExpo Kemayoran exhibition centre in the Indonesian capital of Jakarta. The company shall present its comprehensive CZ military weapons programme as well as the ballistic protection products and tactical accessories of the 4M Systems company from CZ Group holding. 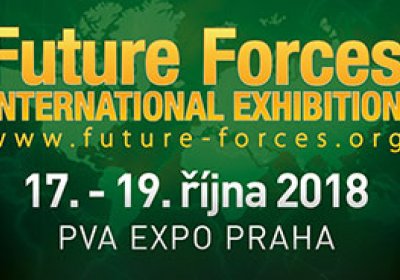 17. – 19. October 2018 / Hall 3 – Stand no. 325 The Future Forces International Exhibition is a trade fair where the latest technologies and approaches concerning defence and security at national as well as international level are presented. This year, the event will take place between 17th and 19th October at the PVA EXPO exhibition centre in Prague. Along with other exhibitors, CZ will present their products. The company will showcase their comprehensive CZ military weapons programme as well as the CZ 4M ballistic protection products and tactical accessories.

Between 17th and 22nd September, Pattaya in Thailand hosted the Far East Asia IPSC Handgun Championship 2018. Maria Gushchina gave a superb performance and beat all the shooters in the Production Division, winning the gold medal. 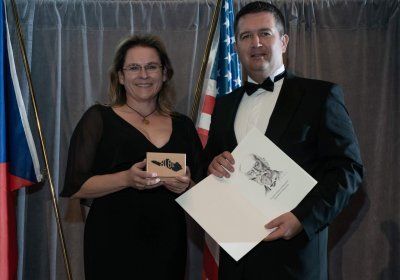 Alice Poluchová: Our significant contribution to the centennial celebrations in Chicago, commemorating 100 years since the founding of Czechoslovakia 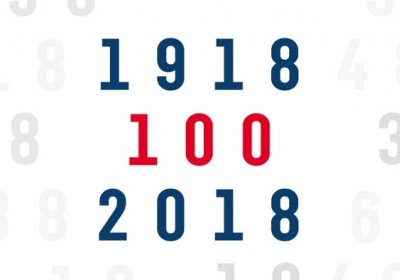 On Friday, 28th September 2018, Chicago will host the Czech Centennial Gala in commemoration of 100 years of the foundation of the independent Czechoslovak Republic. Česká zbrojovka a.s. and its daughter company, CZ-USA, are the main platinum sponsors of the Gala as well as additional centennial celebrations organized by the Consulate General of the Czech Republic in Chicago. 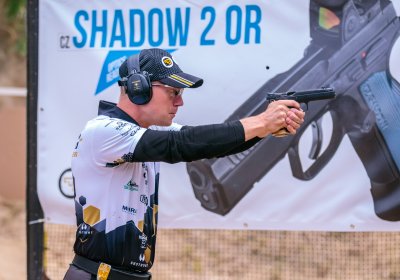 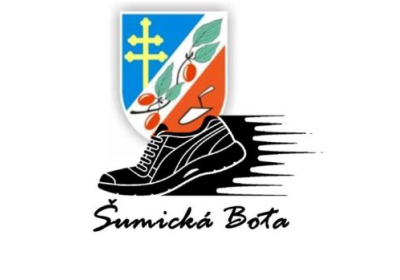 Česká zbrojovka is going to support the 2nd annual race called “Běh pro Život” (Race for Life) aka “Šumické boty” (Šumice Shoes), which is associated with charitable activities in cooperation with the KRTEK children’s oncology endowment fund. The aim of this year’s event is to financially help the family of a two-and-a-half year old girl from Uherský Brod, who underwent a brain tumour treatment. The collected money will be used for her rehabilitation care. 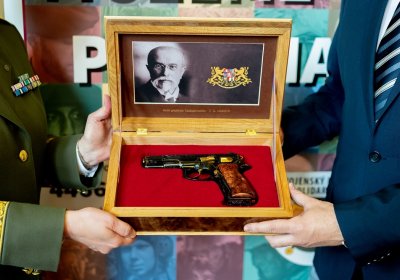 Auction of CZ 75 Republika: 650 000 Czech crowns for the support of military, police and fire brigade personnel

On Sunday, 26th May, Gallery Kodl held an auction in the Žofín Palace that included an exclusive model of the CZ Republika pistol. The results of this auction exceeded all our expectations – the proceeds, impressively surpassing half a million Czech crowns, will be divided between the Military Solidarity Fund and the Police and Fire Service Foundation. 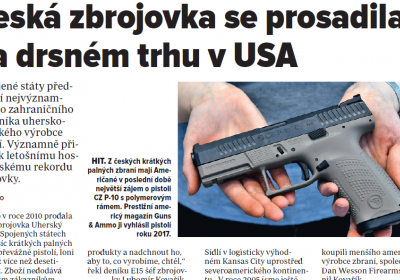 CZ succeeds on the tough US market

The United States is the most important foreign partner of Česká zbrojovka Uherský Brod and has played a significant role in the company’s record economic result this year. 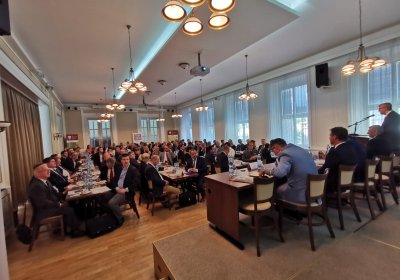 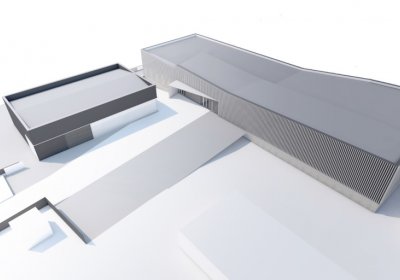 In the 2019 shooting season, the CZ Shooting Team will welcome Eric Grauffel, who will compete in the colours of Česká zbrojovka a.s. in the Production division with the CZ SHADOW 2 ORANGE pistol. Eric is considered the best pistol shooter of all time.